On Sept. 27, Google turned 21. The tech giant has a lot to celebrate after more than two decades in business: It’s one of the world’s most visited websites and its name is so popular it’s been deemed a verb in the English dictionary (No, seriously — Google it!).

While Google’s shares have done well over the years, any individual stock can over- or underperform and past returns do not predict future results. It’s important to note that Google is actually now called Alphabet. This change took place in 2015 as a way of reorganizing the company and its growing number of businesses beyond search. GOOGL, as it’s shown in the chart below, is a stock ticker symbol for Alphabet, Google’s parent company. 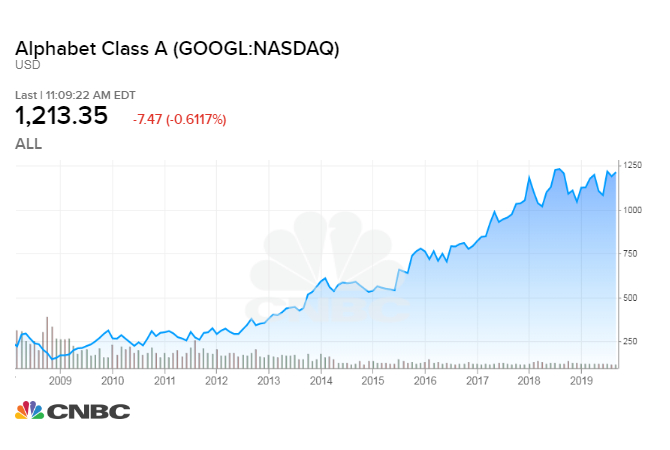